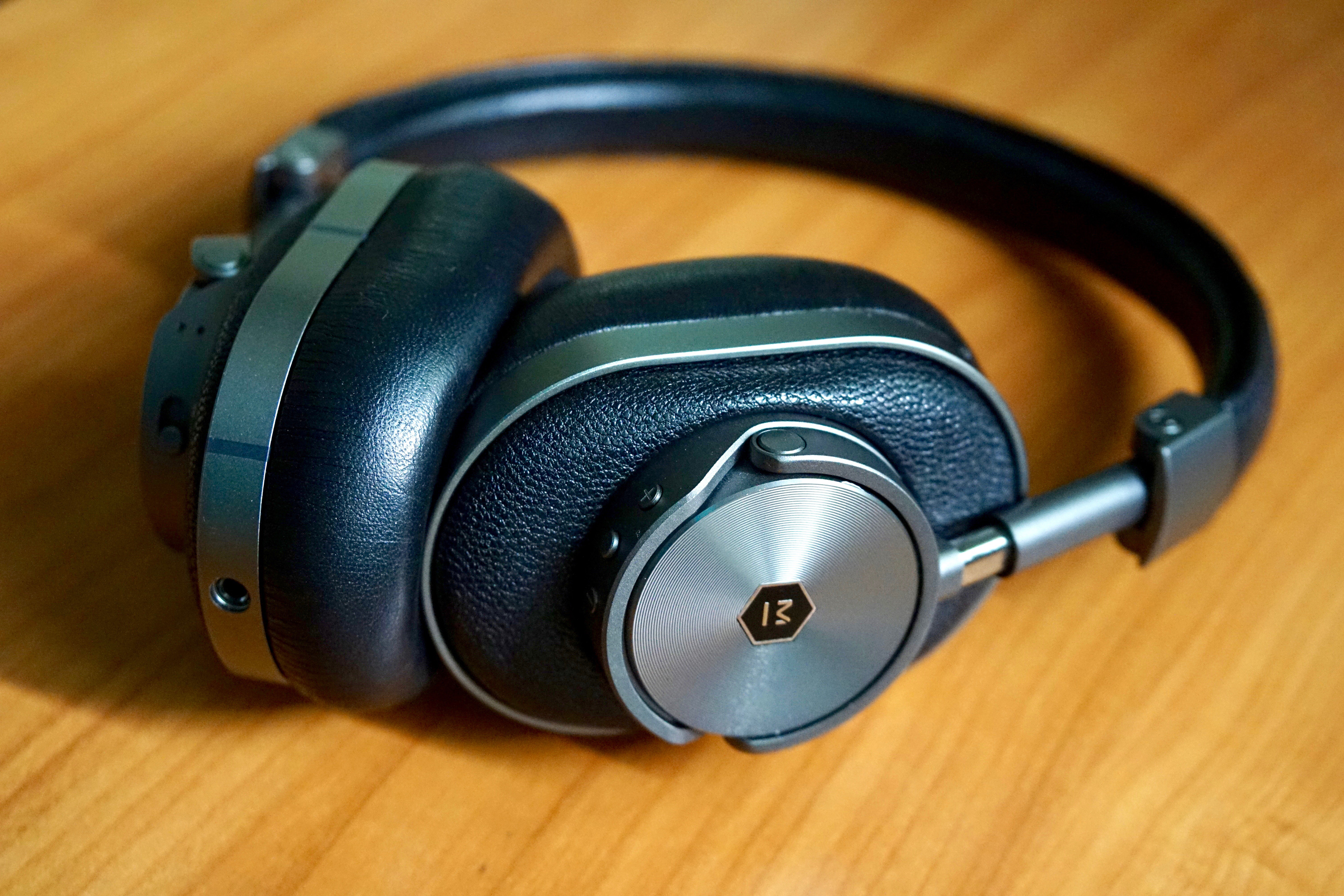 So, I may have a headphone problem the way some people have shoe problems.1 It’s not quite as bad as what I see with hard core audiophiles, but still, it’s bad.

Headphone addiction is kind of like they way people get hooked on adrenaline sports. You just need to get a taste, that first moment when a pair of headphones make you sit up and go, “whoa!”

For me, it first started with the first pair of headphones that really drove consistent bass (remember Sony’s Mega Bass? I totally got sucked into that hype). Eventually I grew up, realized that there was a lot more going on aside from the bass, even for EDM or whatever. The real a-ha moment came with a pair of Etymotic ER-4Ps that I still own to this day. They are my reference for great mid & treble response. Their only drawback is their bass response. It’s good, but not great, especially for tracks that really need solid bass response.

Still, I have so many “whoa” moments with these headphones. I’ll be listening to music I’ve listened to a hundred times with other headphones and I’ll just hear some detail that will pull me out of whatever I’m doing. “Whoa, what was that?” I’ll just stop & listen. It might just be the brush of fingers on a guitar, the bite of a bow on strings, or individual instruments that seem to merge together on other headphones.

The problem with the Etys is that they are IEMs – in ear monitors, or what everyone else calls earbuds. They go into the ear canal, creating a seal. The quality of the seal affects bass response. That adds a variable on top of the 4Ps flat response. So, while they feel exceptionally clear, sometimes I want to feel the sub-bass thump of an EDM track or the bass line of a hip hop track. They just showed me what was possible, but I knew there had to be better. Beyond that, IEMs aren’t as comfortable for long sessions, and they’re not interruption friendly (can’t just drop them to my neck). Plus, no mic or playback controls on these, either.

So when I returned to ESPN, knowing I’d be working in an office again 2, I started looking for over ear, closed headphones. I’ve used a pair of Sennheiser HD-280s (which I also love) at work since I moved to CT, through 4 different companies, but they are finally falling apart. Besides, they aren’t very portable nor do they have controls for play/pause/skip or a mic for calls. So, I began searching for a good desktop pair that also had phone controls and great, “whoa!” inducing sound.

One caveat – I’m not an audiophile, I don’t have golden ears, so while I aspire to own something truly crazy like the HiFiMan HE6’s3, I’ve generally stayed around the $300 mark (or less). For me, headphones are less about an ideal sound and more about clarity. I want them to show me something new about my music while staying very close to what the artist heard in the studio.

I’ve gone through my share of headphones. I tried the Sennheiser Momentums, knowing I like Sennheiser’s sound, but returned them due to fit issues (ear cups were too small for me). I bought a pair of PSB-M4U1s based on reviews at Marco Arment’s site and The Wirecutter. Those were the pair I was using daily until recently.

Though the reviews were great, for my taste I found the PSB’s a tiny bit bass heavy and a little muddy in the mids and muted in the treble. Good all around sound, I like them, but I had very few “whoa!” moments. Maybe even zero… I can’t remember any right now. They’re also huge, at the outside edge of portable.

So I’ve been keeping an eye out for a new pair. This winter, I decided to get myself a gift, the Master & Dynamic MW60 Wireless headphones.

I found out about them from a bunch of press reviews around the launch, all of which were uniformly positive: The Next Web, Wired, Engadget, the Verge. Basically, a great sounding Bluetooth headphone with a unique design and a listening profile that matches my tastes.

The main criticism is their cost. These are expensive, luxury headphones but they live up to the luxury end of the deal. The materials are amazing. The construction is solid. The earcups are so soft and just plain pleasant to wear that I’m happy to wear them for long stretches.

They’re also Bluetooth headphones, with the tradeoffs that implies: requires charging, can have interference, and requires codec support on your playback device.

I’m not concerned about charging. The MW60 have a built-in Li-Ion battery, and charge using a micro-USB cable. I have yet to run down the battery, and I’ve gone a few days without charging at times. They claim 16 hours of use between charges. They can also fall back to corded use.

On the interference front, I’ve had nearly zero issues. The MW60s have much better range and reception than most Bluetooth headphones owing to their iPhone 4-like external antenna design. Like the iPhone 4, though, you can touch the antenna or brush it accidentally and cause the signal to drop out. I’ve had a few blips now and then, but not enough to get me to switch to corded use (a cord is included, can be used instead of BT). It is awesome, however, to not have to deal with the cord anymore and to still have really good sound.

To maintain sound quality over Bluetooth, the MW60s support aptX, so you have that available if your phone or other playback device supports it. iPhones do not support aptX, but not to fret. Apple chooses to send AAC audio over Bluetooth, which the MW60 supports (I confirmed w/ Master & Dynamic before ordering). Depending on who you ask, the quality is comparable to aptX.

As I mentioned, my sound preferences tend toward the more balanced side of things. The MW60 delivers on that, with a slightly bumped bass response. That’s pretty much perfect for me.

There are a few things I would improve. The button controls for play/skip/previous could use a rethink. The buttons have several functions overloaded in unique (to me) ways. The headphones have 3 buttons, but they don’t map to the typical 3 button remotes on other headphones. The Apple earbuds, Bose QC-25’s and my PSBs all use the main play/pause button as a skip/previous button: single tap play/pause, double tap skip, triple tap previous. The MW60 uses long presses on the volume buttons as skip/previous buttons. It introduces a delay in the skip process – basically, I want to go to the next track, but I have to wait. I also can’t skip quickly because each skip is a press, wait, press, wait, etc…

One other smaller gripe: I wish the included cord was a mic + remote cord. It’s nice to have the ability to go corded for long calls, especially in the car, and to know that I can move the mic closer if it’s particularly noisy.

These are all ultimately small issues. My only real regret is not getting the brown leather version. I ordered the black pair, as all my other headphones are black, but almost immediately regretted it, too late to change the order, though. I’ll live though. They’re still amazing to look at. Just not as striking as the brown leather.

I haven’t yet mentioned the price, but they’re expensive (MSRP is $549). There is a lot of competition in this price range. Other reviews have suggested the Bang & Olufsen BeoPlay H7, the B&W P5s, or the Sennheiser Momentum 2.0 as alternatives. Those are cheaper and many have a noise-canceling option at a similar price point. I haven’t tried any of those, to be honest. I’ll admit that this purchase was at least 50% driven by the design of the headphones4 I’m glad I took a chance on this.

Overall, I would recommend these if you like the look of the headphones, are OK with the tradeoffs around Bluetooth (which, IMHO are minimal with this or any high-end modern set), and are looking for a luxury item. There are better value picks out there, but this pair is gorgeous.